New!Download our 68-page  2023 edition laboratory profile  to understand more about our capabilities.

We are a Singapore-based third-party test laboratory, providing lab test services of solar reflectance index (SRI). Our lab is SAC-SINGLAS (ISO 17025) accredited and our customers are from around 30 countries.

The SRI of a material is dependent on its

Shown on the right is the heat transfer mechanism affecting the surface temperature under solar radiation. refer to our detailed explanations: what is solar reflectance index (SRI)?

We test the following important properties of your materials:

Interested in performing your own SRI calculations? We have a user-friendly online calculator: 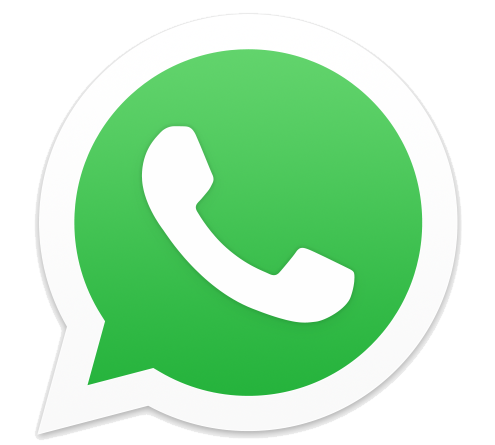 Expand one of the blocks below for more information.

What is solar reflectance index (SRI)?

Layman’s experiences tell us that, under sunlight, a black color surface is much hotter than a white color surface.

Cooler surfaces are preferred for urban heat island mitigation. However, it is troublesome to directly compare surface temperatures in material selection, as the surface temperature is dependent on many factors, such as solar radiation level and wind speed.

SRI is a standardized method for material surface temperature comparison, with the following features:

Shown on the right is the heat transfer mechanism of a material under solar radiation.

The surface temperature is determined by the following two factors:

The absorbed solar radiation is dependent on the solar absorptance of the material.

The absorbed solar radiation can also be understood as dependent on the solar reflectance of the material.

The dissipated heat is dependent on the emittance of the material.

After absorbing some solar radiation, the surface is hotter than the ambient environment and it transfers heat to the air and the surroundings by convection and radiation.

Emittance is the ratio of infra-red radiation emitted by a material to that by a perfect black body. The emittances of most general materials are around 0.90.

Emittance is also called emissivity. In practice, emissivity is more commonly used, but emittance is the standard name used in the ASTM standards.

With the two material properties, solar reflectance (or solar absorptance) and emittance, and the three sets of environmental conditions, at the low-wind, medium-wind and high-wind conditions, the surface temperatures of a material can then be calculated.

It is easy for a layman to understand that a surface with 80.7 °C temperature is very hot and we even cannot put our hands on such a surface. The reason is that the solar reflectance of the surface is very low and its color is black.

SRI is the relative surface temperature of a material, with reference to the reference white surface and reference black surface.

Shown below is the result table extracted from the SRI test sample report.

The results in the green color box are the material properties measured in the lab:

The results in the red color box are the calculated temperatures and SRI, for the medium-wind condition:

Apparently, the other two columns of results in the table below are for the low-win and the high-wind conditions, respectively.

How to improve SRI?

The SRI of a material is dependent on two material properties, solar reflectance and emittance.

The emittance of most general materials is close to 0.90 and the room for further improvement is little and technically challenging.

The only practical way to improve SRI is to increase the solar reflectance:

How is SRI tested in the lab?

The calculation part is introduced in detail in the texts above.

Please refer to page 35 of our lab profile for some additional details on the test methods.

The test methods used by OTM are in full compliance with LEED requirements.

For roof materials, the AM1.5 direct normal solar spectral irradiance distribution defined in ASTM E891 will be used as the weighting spectrum by default.

The following results are reported:

For non-roof materials, the AM1.5 solar spectral irradiance distribution defined in ASTM E892 will be used as the weighting spectrum by default.

For solar reflectance test, the instrument produces monochromatic light in the wavelength range of 300 nm – 2500 nm, at every 5 nm interval. An optical device called intergrating sphere is used to measure the light reflected by the test sample. Shown below is the interior of the integrating sphere. The bright spot in the center is the sampling beam.

The instrument used by OTM for emittance measurement is Devices and Services emissometer with scaling digital voltmeter, model AE1 RD1, and small port adapter. The instrument is able to measure surface hemispherical emittance at room temperature.

OTM also developed a calculation software for SRI calculation, shown below is the software interface.

We can test nearly all types of roof and non-roof materials. Shown below are some examples:

The test samples to be tested shall be flat (at least in a small patch) and meet the following size requirements:

It is still possible to test samples larger than 300 mm x 300 mm, but surcharge is applicable. The largest sample tested by us so far is a full size solar PV module, of the size around 0.5 m x 1.5 m

Only 1 sample is needed and it is optional for the client to provide additional samples as the backup.

Our sales personnel will guide you through the necessary procedures.

Upon your request, the following three documents will be emailed to you:

The client needs to return us the following documents:

FAQs
Q1. Are your test reports recognized for LEED submission?

Definitely. The lab is SAC-SINGLAS accredited and our test reports carry the “ilac-MRA” and “SAC-SINGLAS” marks.

Q2. How accurate are your results?

The measurement uncertainties will be stated in the test reports. The typical uncertainty is ±0.01 for solar reflectance/absorptance, ±0.02 for emittance and ±1.7 for SRI.

Q3. What are your test sample requirements?

We can test nearly all roof and non-roof materials types. You may click the “Samples” tab above for photos of the samples tested by us. If you are still unsure, please contact us with your sample information.

Q4. Can you test the SRI of a curved surface?

Yes.
The test methods are for flat surfaces primarily. For curved surfaces (e.g. roof tiles), we have additional instrument accessories and practices. As such practices deviate from the ASTM standards, the report will not be an SAC-SINGLAS accredited report.
Additionally, if the surface is highly curved, we may have difficulties to test it. You can prepare a replacement flat sample for lab testing or inquiry us with your sample information.

Q6. How long is the lead time?

You will receive the results within 5 working days, after sample submission.

Q7. What are the procedures?

Please contact us with your sample information and quantity. We will provide you the relevant documents and the sample submission instructions accordingly.

Work with the expert in Optical & Thermal Measurement solutions.